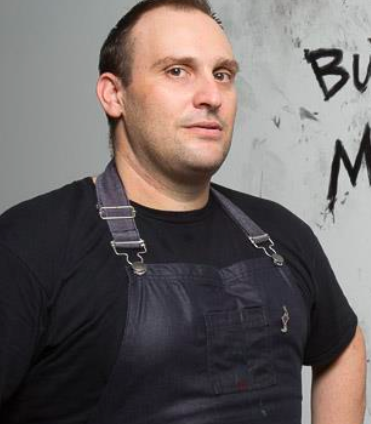 Italian by blood but with Australian roots, Drew Nocente is the Executive Chef of Singapore’s contemporary grill, Salted & Hung – a restaurant with an emphasis on meat curing and experimentation in Singapore.

Drew’s culinary style is rooted in his multicultural upbringing and passion for fresh produce. His lust for experimentation and talent for charcuterie have been refined through his experience working in kitchens across the globe.

At 15, he began his culinary career as an apprentice in a small Italian restaurant in his hometown. By the age of 22, he landed the position of Sous Chef on Hamilton Island. A mere two years later, Chef Drew earned the prestigious position of Head Chef of Banqueting at the Hilton Hotel in Perth, aged 24.

Chef Drew then perfected his plating skills under Jason Atherton (Gordon Ramsay’s Michelin-starred protégé) as the Sous Chef in London’s Maze Grill. This venture then launched his career across the pond, as part of Atherton’s first endeavour, Table No. 1 – one of Shanghai’s most popular dining spots.